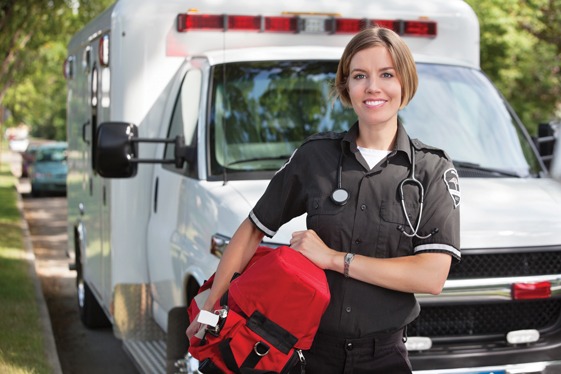 Every second counts when you or a loved needs to be rushed to a hospital. It’s up to first responders to get you there fast.

On Friday, NBC29 got an inside look at the advancing technology that has nothing to with medicine, but may still save your life.

The technology is called an Opticom and each fire truck, police car, and ambulance has one. It communicates with traffic lights to turn them green when they’re coming toward the intersection.

When an ambulance is dispatched to an emergency with lights flashing and sirens blaring, there is one light that serves a unique purpose.

“It changes the light to green in our direction and red in all of the other directions,” said Harrison Brookeman, captain of special operations.

On ambulances, a strobe light is mounted to the top of each rescue vehicle that flashes rapidly in a specific pattern.

“So there’s a specific sequence that the light senses in order to be able to detect whether its our vehicle or just somebody flashing their headlights,” said Brookeman.

A receiver on the traffic light picks up the signal and turns the light green. On other rescue vehicles, the Opticom is an infrared light, and the pattern is invisible to the naked eye.

“The last thing we want to do is cause another accident by having somebody get scared by the ambulance and move into the intersection when the light is red for them, and then get struck by an oncoming vehicle,” said Brookeman.

The National Institutes of Health says that 53 percent of all ambulance crashes occur in intersections.

While any Opticom will work in Albemarle County.

With a lot of out of town ambulances running down Route 29 coming to UVA it makes it a lot easier for them to get through the traffic in the 29 corridor if they have access to them,” said Brookeman.

The systems need a specific code to work with the traffic lights inside Charlottesville.

“We had purchased some new ambulances with new Opticom systems that had yet to be programmed, so we got with the city to get them all programmed,” said Brookeman.

The rescue squad said that even with this technology, it’s important for drivers to know what to do when an ambulance comes up behind them.

They say you should slow down to a complete stop and pull to the right of the street.

Back to news stories