The Transit Signal Priority Program consists of devices on all MATA buses that automatically send signals to cabinets located at intersections with traffic lights. As the bus approaches the intersection, the signal triggers a response that in many cases will extend a green light, giving the bus a better chance of making it through without stopping. 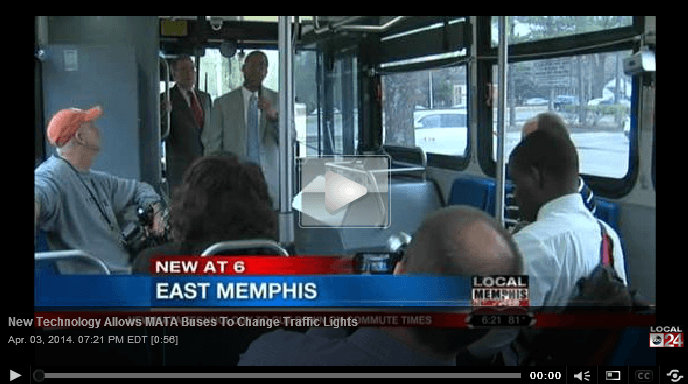 Tom Fox, MATA’s interim general manager, said that by helping buses avoid red lights, the system shaves 20 percent off transit times. That equates to a savings of 12 minutes on the hour long trip down Poplar from Germantown to Downtown.

As a result, the system should make MATA a more attractive commuting option, he said.”It makes us more competitive with the automobile trip. It makes us more reliable,” Fox said. 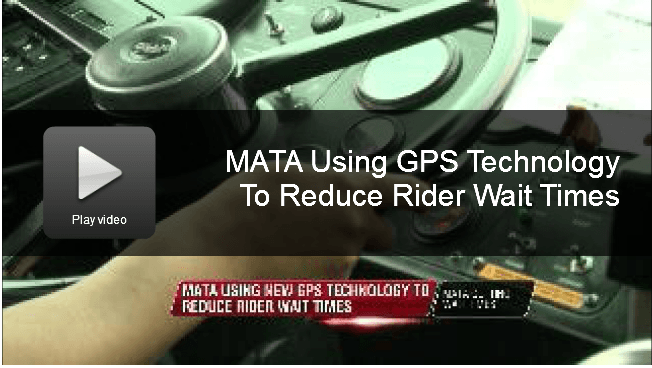 MATA won a grant to fund the network. The total price was $1 million, with 80 percent coming from the Federal Transit Authority, while the state and the city of Memphis each chipped in 10 percent.

Fox said he would like to have the signal-priority network eventually added to other key transit corridors, including Jackson, Third, Lamar and Winchester.

Bob Rogers, pollution-control manager for the Health Department, said the project could help improve air quality if it leads to greater numbers of riders for MATA.

“One of our mantras here is, anything that encourages transportation by other than single-occupant vehicles is a good thing,” Rogers said.

Click the links below for additional information about the MATA Transit Signal Priority Program: