pre-Despite a 6% uptick in emergency calls in the last six months, Sarasota County has slashed its emergency responder response times  — a divergence that, according to some officials, indicates the effectiveness of a new technology in place at traffic lights throughout Sarasota County. 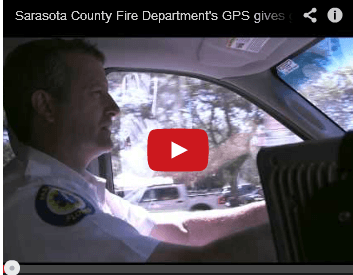 The system went operational in June, and is the second-largest countywide network of preemption-equipped traffic lights in Florida, and, according to Hoag, “one of the biggest on the East Coast.”

Hoag declined to offer the exact percentage by which response times have decreased, saying he would rather wait until the system has been operational for at least one year before releasing such data. He did report, however, that since the program’s inception last summer, emergency vehicle response times “had definitely decreased” and are continuing to “trend down.”

Traffic light preemption consists of a GPS unit aboard an emergency vehicle, which transmits location, turning patterns and velocity data to receivers at stoplights. Signals are then turned green in the direction of travel for the emergency vehicle, and red for other directions. The system is completely automated, unlike earlier versions of traffic light preemption technology, which required drivers to hit a button to turn a light from red to green.

Every fire truck and ambulance in Sarasota County is now equipped with the required GPS unit. The Sarasota County Sheriff’s Office as well as Sarasota County Area Transit (in a limited capacity) are both reportedly seeking to integrate the technology into their vehicles.

Officials identified the 200 most heavily trafficked intersections in the county, mostly along the U.S. 41 corridor, for the initial installation of the network. The system is also integrated with the pedestrian crosswalk signals to avoid mishaps.

“If a pedestrian has hit the button to cross an intersection, then we don’t get preemption,” Hoag said, explaining the complexity of the criteria used to allow preemption at affected lights. “The holy grail of traffic engineering is pedestrian crossing.”

Another potential benefit of the system, Hoag said, is a reduction in fuel and maintenance costs for emergency vehicles, due to the reduced need to brake and re-accelerate at every stoplight.

“You still treat every intersection like it doesn’t have preemption,” Hoag said. “We have a master list, and these guys know their areas pretty well. It’s pretty easy to stay on top of it.”

The $2.1 million program is paid for by revenue from the countywide penny surtax, which is used to fund capital projects. Hoag would like to expand the system to have preemption in place at every stoplight in Sarasota County.

“For every minute lost there is decrease in survivability form a heart attack,” Hoag said. “The size of a fire can double in three to four minutes. But the real advantage of this system is not only response time, but it makes the intersection safer for us. All the opposing traffic is being stopped, and that makes it a lot safer for us and for citizens.”