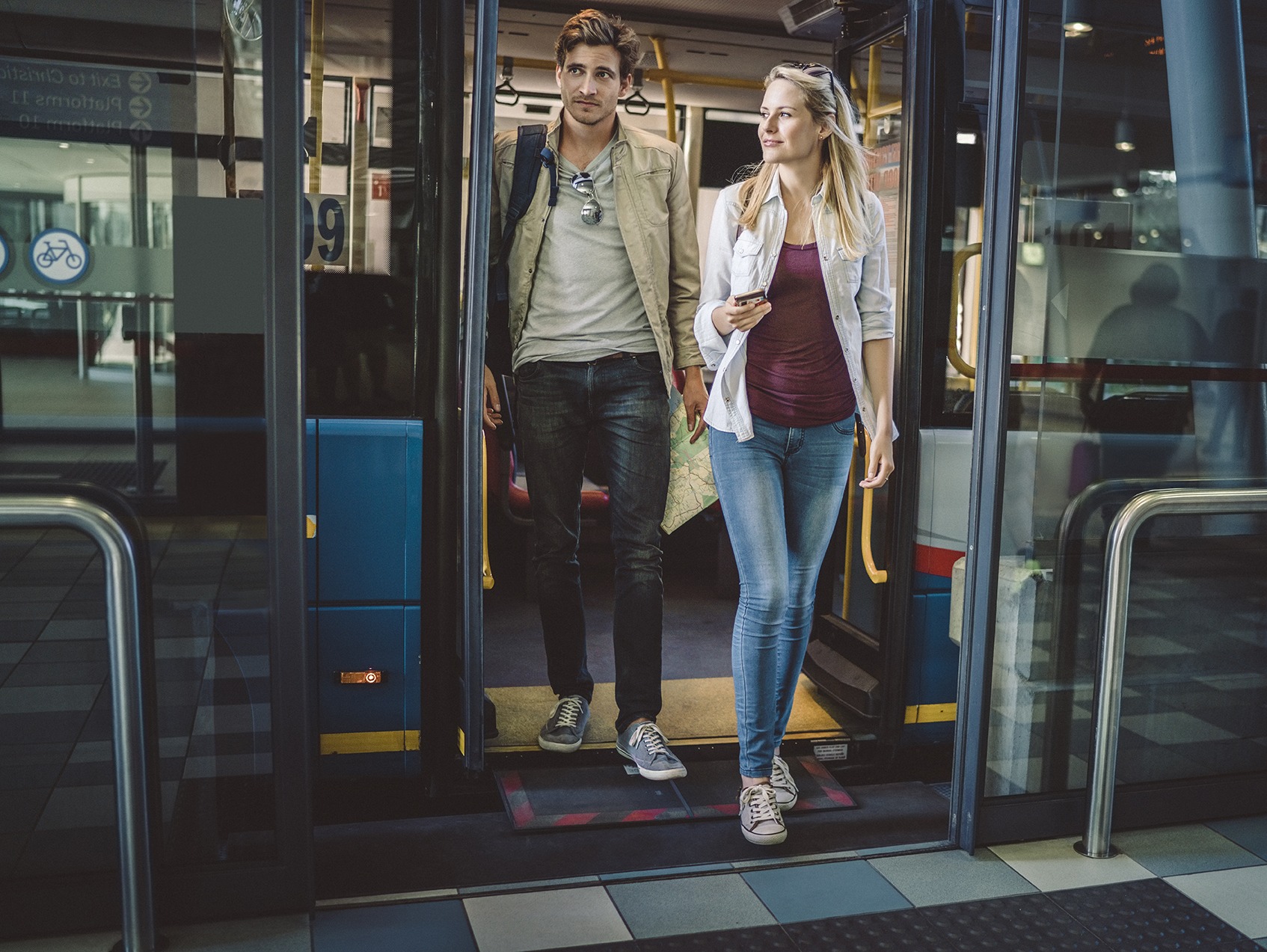 The Institute for Transportation Development Policy has recognized 6 Bus Rapid Transit Routes in the United States as complying with the BRT standard. These BRT routes represent some of the best bus services in the nation.

This two-lane bus highway is one of the oldest Bus Rapid Transit systems in the United States, having opened in 1983. The original route was 6.8 miles long but was extended in 2003 to be 9.8 miles long, with service extending from Pittsburg to Swissvale. There are 10 stops and 15 bus routes along the corridor. With almost ten miles of dedicated lanes and headways as short as two minutes, it’s no wonder that 7 million people use this busway each year.

This Bus Rapid Transit route began serving the Springfield-Eugene metropolitan area in 2007, and boasts dedicated bus lanes for 60% of the route as well as 10-minute headways. There are 10 stops along the 4-mile corridor. To minimize travel times, the buses leverage all-door boarding as well as Transit Signal Priority by Global Traffic Technologies to speed buses up and keep them on schedule.

Los Angeles County’s Orange Line extends 18 miles from Chatworth to the North Hollywood Metro Station. The route owes its speediness to dedicated and exclusive right of way, a healthy one-mile stop spacing and off-board fare payments. With four- to five- minute headways, Angelenos never have to wait long for their bus to arrive.

The Healthline, whose service began in 2008, runs along a 6.8 mile stretch from Downtown Cleveland to East Cleveland. With 59 stops along the route, it has an unusually low stop spacing for Bus Rapid Transit, but the buses make up for lost time with the help of Transit Signal Priority from Global Traffic Technologies. The TSP, along with off-board fare payments and bus-only lanes, help this bus service achieve seven- to eight-minute headways during peak hours.

More than 10,000 riders a day use CTFastrak to get around Central Connecticut. Having opened for service in 2015, CTFastrak runs along a dedicated busway that was converted from an abandoned railroad. The route runs 9.4 miles from downtown Hartford to downtown New Britain, with a stop just under every mile. Twelve routes use the busway, and riders enjoy headways at peak hours clocking in at seven and a half minutes.

The nation’s first gold-rated Bus Rapid Transit system runs along 12 miles of historic Route 66. Limited service began in 2017, and the system is not yet fully operational, but is expected to be shortly. The 27 bus stations along the 12-mile route provide supreme comfort and style with benches, lighting, landscaping and local art work. The buses are highly accessible with bus-level boarding, and they maintain seven and a half minute headways with the help of Transit Signal Priority from Global Traffic Technologies.

If you’re interested in learning more about how TSP is helping these and other agencies bring faster, more reliable BRT service to their communities, have a conversation with an Opticom advisor.